Eric Zabala from State Farm will deliver a presentation on Business Insurance Overview, covering the below topics: 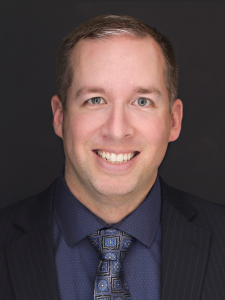 Eric is a local and long time Olympia resident. Born in Washington State, he spent a portion of his childhood growing up in Germany and other locations while his dad was in the Army. Olympia was always home and when his dad retired 1990 he has lived here ever since. Having attended River Ridge High School, Eric graduated in 2000 and soon joined the Army in the Military Police Corp. He spent 8 years in the service serving as an investigator and in diplomatic security. With the support of his wife Crystal he later left the military and finished his education at the University of Washington in Politics, Philosophy and Economics. With the job market lagging in 2011 he decided to once more continue diplomatic security services in Baghdad, Iraq at the U.S. Embassy as a private contractor. Later in 2012 Eric began working for State Farm in DuPont as a claims representative for auto and medical claims. This soon developed into Eric handling government affairs and working with State Farm Agents as a local liaison to connect business owners with their district legislators. During this time Eric obtained his MBA from Saint Martin’s University in 2015 and in January of 2019 became an independent contractor as a State Farm Agent in the Tumwater Community. Having ties to the Tumwater community since his dad retired from the city after his military career he knew this was a great place to start his business as it continues to grow. All of this has been possible with the support of his wife Crystal, son Zane and fantastic office staff.